Bollywood always brings amazing surprises for its fans. Bollywood gossips, Bollywood movies, Celebrities, Stars, Scandal and Bollywood style always attract the audience. We love to know what’s going on the B-town, which movies are going to release, what are the inside stories all these stuff always gain attention from the people. Latest buzz and the evergreen craze is of Bollywood movie sequels.

This sequel trend is very famous in Hollywood; there are a number of movies in Hollywood which are in series like Avengers, Men in Black, Fast and Furious and many more series whose all parts were equally loved by audiences all over the world.

Now let’s see have a look at latest Bollywood sequels of blockbuster movies whose first parts were a big hit and now to maintain the craze and on demand of their fans their successive parts are being made.

The Upcoming Movies Sequels in which some are already on floor started shooting, some are on verge of completion and some are being written and in progress.

So here is the list of 10 most awaited Bollywood movie sequels:

The most recent upcoming sequel is Great Grand Mast which is the third part in the serious of movie Masti, which was a blockbuster of its time and created full masti among the audiences. The Masti series directed by Indra Kumar and produced by Ashok Thakeria. The film is most probably schedule to release in theaters on 25th March 2016.

Rock On!! 2 is an upcoming rock musical film by Shujaat Saudagar who is the writer and director of the film, produced by Farhan Akhtar and Ritesh Sidhwani, and music by Shankar-Ehsaan-Loy. The film is on the shooting phase and the expected release date is 11 November 2016

Shashank Arora as a supporting character

This series brought a smile and made everyone laugh to the core with its funny characters Baburao and super funny dialogues which are still remembered and make everyone laugh, now from Baburao you must have already guessed the movies, yes it is Hera Pheri the third time.

First, 2 parts of Hera Pheri were a big hit and became the biggest comedy movies of Bollywood and now they are back to make you laugh again with some old and some new faces in part 3 which is Hera Pheri 3. The film directed by Neeraj Vora who began the shooting of Hera Pheri 3 in 2015 and ready to release this year in August.

The comedy blockbuster Housefull is all set for the third part Housefull 3. Shooting started already in 2015 by director Sajjid-Farhad and produced by Sajid Nadiawala. The film is loaded with star some from previous

The film is loaded with star some from previous Housefull and Housefull  2 and some new faces. The expected dates for the release is June 3, 2016.

Robot one of the most expensive Indian films crossed the budget over Rs. 150 crore  is ready with the sequel Robot 2 also known as Enthiran 2.0. Director Shankar is back with his robotic fiction with superstar Rajinkanth and this time with the Bollywood superstar to be the villain.

An Epic historical fiction Bahubali the Beginning by S.S.Rajamouli mesmerized the audiences with the emotions, the war, the love and the strength of Bahubali. The magic is back and ready with more majesty and grandeur to reveal the suspense of “

The magic is back and ready with more majesty and grandeur to reveal the suspense of “why Kattapappa killed Bahubali?” in the sequel Bahubali: The Conclusion.

The hit Bollywood horror film series Raaz produced by Mahesh Bhatt and Mukesh Bhatt under the banner of Vishesh Films. The first and the third part directed by Vikram Bhatt and the second part directed by Mohit Suri. The upcoming fourth film under the Raaz series which is Raaz 4 or Raaz Rebooted is presently in the pre-production stage, which is expected to release in September 2016

The upcoming fourth film under the Raaz series which is Raaz 4 or Raaz Rebooted is presently in the pre-production stage, which is expected to release in September 2016

Get ready to meet the Robin Hood Pandy again. Yes Dabangg Chulbul Pandey is back with the third film in the Dabangg series. Salmaan is also set with the Eid gift for his fans for the year 2017. So get ready to welcome the Dabangg 3. The cast of the film and the release date are not yet announced.

The extremely loved and most famous Dhoom series have a yet another part for its fans which is Dhoom Reloaded: The Chase Continues or can be called Dhoom4 the fourth part after three super successful action thrillers. The cast of the movies is yet to be finalized or have not been disclosed but the rumors are in the air that it will feature Superstar Salman Khan as villain and Hritik Roshan along with Jacqueline Fernandis. Dhoom Reload trailer teaser have 1 millon views on youtube from all over the world, you can say a big hit before even releasing. The predictions are the movie will be completed by the end of this year. The release date is yet to be announced.

Dhoom Reload trailer teaser have 1 millon views on youtube from all over the world, you can say a big hit before even releasing. The predictions are the movie will be completed by the end of this year. The release date is yet to be announced.

The announcement has been made by the production house itself that the famous and legendary movie series Don is ready to bring the third part Don 3. The script is being completed by the writer Farhan Akhter and the movies will go on the floor soon and may be release at the end of 2017 as the Don of the movies Shahrukh Khan is busy in his upcoming movie Raees, he on his birthday told that Don 3 might be his third movie of 2017. So don fans be ready the Don is back!

Some other Bollywood movie sequels are also ready to hit the floor but the official announcement is yet to be made in this list there is Kick 2, Remo D’Souza’s ABCD 3, Wanted 2, David Dhawan’s Judwa 2, Son of Sardar 2, Mr. India 2, Krrish 4, Raajneeti 2, Golmaal 4, Welcome 3, Aankhen 2 and Commando 2.

A long list of your favourite Bollywood hits so don’t miss these sequels and let us know for which sequel you are eagerly waiting…?

Everything you want to know about the Maruti Baleno RS 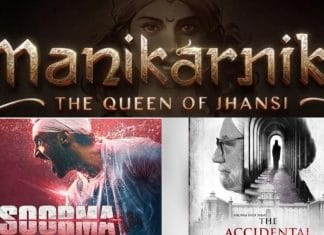 Must Watch These Upcoming Bollywood Biopics 2018

March 10, 2018
Indian film industry depends highly on formulas. Formulas are the lieu of current or forecasted trends. Thus when Rap songs were making it big,...