A history has been created as India’s “Mangalyaan” successfully entered the Mars atmosphere at around half past 7 in the morning. A wave of happiness spread across the Indian Institute of Space Research (ISRO) after India becoming the first Asian country to successfully reach Mars.

The successful mission was carried out in early morning in the presence of PM Narendra Modi and Karnataka Chief Minister Siddaramaiah.

ISRO scientists successfully ignited the main 440 Newton Liquid Apogee Motor (LAM) along with 8 other small thrusters that fired for 24 minutes from 7.17 am and slowed the speed of Mangalyaan. Mangalyaan will now engage in a year long voyage on the Red Planet.

ISRO along with the people of India would be so proud to have successfully put “Mangalyaan” into the atmosphere of Mars in their very first attempt and thereby India becomes the 4th country to do so. Moreover, only 21 out of 51 mars mission have been successful till date. The first ever successful Mars mission was on 28 November 1964 by NASA when it launched its Mariner 4 flyby.

Mariner 4 spent just 25 minutes in the Mars orbit and in that time it took about 21 photographs that it beamed back to earth on the next day. From 10,000 to 17,000 km, Mariner 4 was too far from the Mars surface to show any signs of life, canals, water. According to NASA, the mariner 4 mission forced scientists to accept that life would not be obviously found on Mars. The costing of Mariner 4 was about $83 million.

Mars 2
Then on May 19, 1971, Soviet Union launched its own orbiter Mars 2 which was mostly successful. It was the first attempt to soft-land on the red planet. However the system malfunctioned and the lander crashed at the surface. Meanwhile, orbiter engine performed a burn to put the spacecraft into 18 hour orbit around mars. Scientific instruments then delivered data back to earth for months.

Mars Express
A European Space Agency mission that was launched on June 2, 2003 from Baikonur and entered the Mass orbit in late December of the same year was the third ever successful mars mission. It is the first spacecraft to use radar to penetrate the Mars surface and to map distribution of possible underground water deposits. European Agency has spent about Euro 150 million on this mission.

History of India’s first successful Mars Mission
MOM (Mars orbit Mission) concept was developed in 2010 after the launch of Chandrayaan I in 2008. In 2012, the government of India approved the project. The total costing of the project is about $74 million which is so far the cheapest ever project. MOM and NASA’s MAVEN are likely to help each other in better understanding of the red planet.

More about V. Adimurthy – Mission Concept Designer, MOM
V. Adimurthy is Dean of research at IIST (Indian Institute of Space and Technology). He is the recipient of Padme Shree Award for his contributions in space technology from Indian Government. He joined ISRO after receiving his PhD in rare field hypersonic flows from IIT Kanpur in 1973.
Three years back V. Adimurthy wrote a feasibility report on the mission to mars which was a kick start to this great achievement. Today, when India’s Mars orbiter Mangalyaan successfully entered the red planet’s orbit, he said, “It is a dream come true.”

Comments in the appreciation of ISRO’s success:

Our scientists have achieved what others could not .. Badhai, Pyaar, Sneh, Abhinandan, aur Jai jai kaar !! MOM !! – Amitabh Bachchan

Get Fit : Understand your Body Type 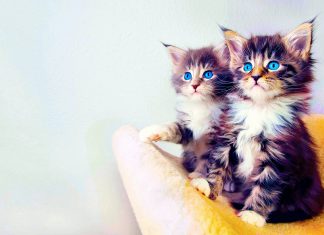 Cute Kitten Wallpapers Those Can Make Your Day Instantly