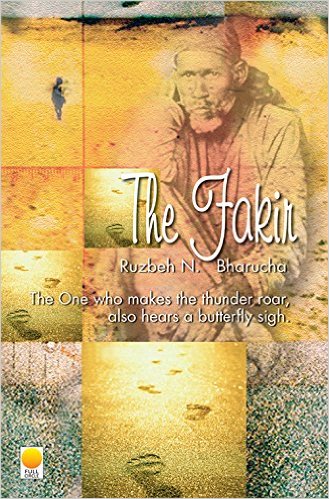 This book has been one of the best read till date. I was looking for a spiritual odyssey like this but I would acknowledge that this book has found me. I was in my one of my PG mate room for sleepover because my AC was not working. There I found this book on her bed. I was just going through the Preface and I loved it. I took that book telling my friend for which she was like “This is not mine, its Neha’s but you can take it, I will let her know” and I didn’t get time to read that for a week. Meanwhile, Neha moved out to Delhi without a catch up Goodbye.

Eventually, the book was lying around in my closet. I travel back every weekend to home which takes me around three to four hours and these books are my easy companions.

During one of my travel I took this along.

Rudra is a hippie who lives a gypsy life, travel around the world. His family dejected him because of something (not explained well in book) his family, friends have developed a skeptic view and his children has also brought down to conspiracy to let him go. Book starts, when Rudra was driving a road with no destination where grim, sloth, aloof and gloom compassionate his aura and all of a sudden he saw an old man lying all bleeding on road. One family was already there but they walked off considering it may involve them in a police case.

But Rudra couldn’t stop himself from helping the old man. Old man was lying unconscious, Rudra took him in his arms to checked his pulse and heart beat. The very moment he felt the touch something magical went down his adrenaline. Touch was warm that it passed a feeling of peace down his veins. Rudra didn’t realize what was that, for a while he thought whether he should help this old man wrapped in white cloth with a stubble look which reminded him of “Sai Baba of Shirdi”. But then the thought washed out the moment he looked at the wrinkled old man, he felt he knew this man since lifetimes though they met for first time.

He took the old man to his Van and made him comfortable on back seat, provided him  first aid to control the flowing blood. Baba opened his eyes, his eyes had no pain instead they were serene and profound like ocean. He asked old man “Are you alright” Baba said something which Rudra didn’t hear but understood saying \” Yes, I am fine”. As Rudra looked in his eyes, tears started to flow which Rudra had no idea why. Baba caressed Rudra’s back it had so much warmth that he felt something magical went down his spine, some nectar. He smiled at Rudra, as if there’s no pain, agony. He for no reason felt like calling him BABA, he felt a fatherly  warm from his presence.

After finishing the first aid he thought to drive him to hospital to get the wounds filled with necessary vaccine. After all these years of exile from his family, he never felt anything except agony and pain. Most of the time either he drinks or think of his children and cry out where no help could reach. His van broke down mid-way it was dark in the evening, Rudra was unsure; what next. Baba guided Rudra that five minutes to walk in there’s a cottage and we can stay there for night.

Rudra was shocked that how Baba is so versed of this place. He took the cottage for overnight where eventually he stayed till last. It was a small cottage near a sea and surrounded by trees and also because of rain, foot fall was less. Baba and Rudra wasn’t talking much yet it was interactive, their eyes were talking. They both talked for hours, as if baba knew everything already. His eyes dozed off and when he woke up Baba was still up there meditating. This followed for months and he guided him to various life lessons and now he knew that only he can see Baba.

During one of his lunch in nearby restaurant, one man shared the table with him because of space crunch. All of sudden, he started to hear what this middle aged man was thinking. And Rudra said, don’t invest your money in foreign market you will lose all your money. And they both exchanged a look of confusion ”did you say something” Man on the other side of the table said. Rudra unknowing of what is happening said “Yes, but I don’t know why I said this”, please guide me ” I am investing all my money in foreign market, if I will lose it I will be on road”.

Rudra said “they are malign and will put you in looses that all your life you will suffer from money loss and send your daughter to abroad for studies she will come out of this relationship” Rudra got up in stupor thinking what is happening to him. He briskly walked off the place. He waited Baba to come to figure out why this is happening to him. Baba used to go somewhere and return at his own time, Rudra was also not allowed to discuss and talk to Baba in public. When Baba returned he told him what happened at the restraint. Baba explained “You said what master has to convey to their children, you didn’t say anything at your own, you were used as a channel for healing; you maybe used as a champion for the disabled; warriors for the damned.

But always remember it will never be you, it will always be him who will guide. Tomorrow he is going to visit again, allow master to speak through you, any moment you will bring your intention or yourself in between you will loose the connection. This connection will be strong when you will bring yourself to nothingness, become that “I am” and he will choose you.

Rudra would always think that Baba always talked about God and universal power but never proclaimed himself as God, that’s his sage. Rudra still couldn’t accept that heaven was so short staffed that it needed a loser like him to be their vessel of karmic jazz.

And the journey continued with various experiences of people visiting over to make him learn the lessons of tight turns, steep and slopes. Many times he used to feel vanished and drained out after sessions for which Baba always told him to keep him in his mind and heart  to protect you. Your body is still not prepared to take heavy energy but you deliberately push yourself to help people, have you seen how maximum of saints, sages, masters are not the fittest, maybe because they take the pain of others and it’s not that they can’t get healed but they have to go through such pain to help themselves to go through the cycle of Karma.

When anyone is earth bound they have to work out their karmas to merge with divine light. Our soul is the best accountant, it vibrates what we have given to the nature.

“Jesus Christ allow himself to crucify, he took the pain for mankind otherwise no universal power has the audacity to touch his single strand of hair”

After helping many visitors he left his body one fine day when he was completely torn out, he couldn’t take the pain anymore. Pain which he had in his heart for estranged children, betrayal. He still loved them all and bless them each day, he had grew over from anger and he always think of the good time he had spent with them. The feeling of not to be with them eats him each day, it was growing and growing, which made his aura filled with dark energy and he left in pain with Baba….

Book has brought many beautiful quotes which am failed to jot on this piece as the book has traveled to its owner. As if the book found me and after when I finished off, I was thinking to buzz Neha that all of a sudden she bumped into me.

You will also love to read –

Amazon Fashion Week- The Glitz and Glam On The Ramp 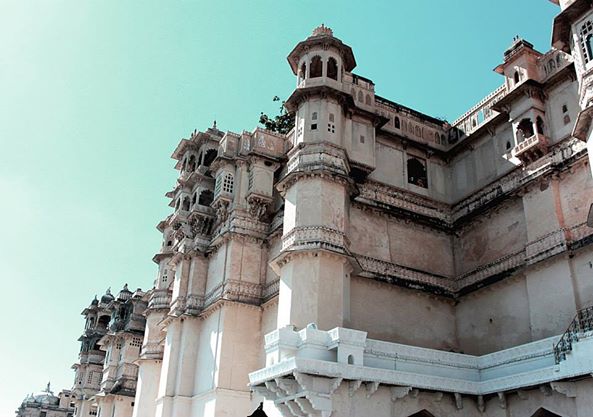 Tourist Places in Udaipur : The City of Lakes