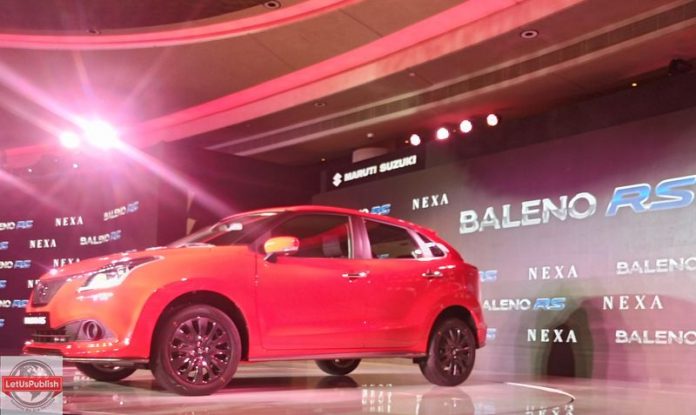 Ever since Maruti launched the Baleno in the Indian market through its NEXA premium channel, it has been bringing in significant sales. In fact, the Baleno has been successful in fending off the intense competition the Hyundai i20 Elite was set to provide easily as well. Thus buoyed by the cars huge success in the market, Maruti decided to test something brave on its part, the turbo-charged petrol technology in India.

Now, this tech is not new to our market but with Maruti bringing in a product with this tech means big. We were at the launch of this first proper Hot-Hatch from Maruti and bring you everything you need to know about the car. 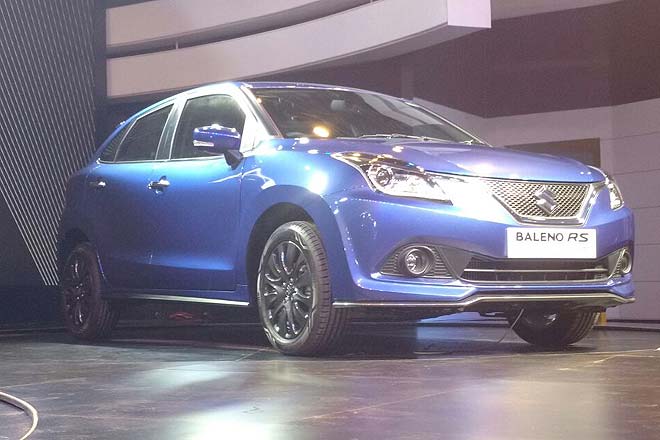 The Maruti Baleno RS is powered by a 1.0 liter Boosterjet engine that produces a really impressive maximum power output of 102bhp and a peak torque rating of 150Nm. Both these numbers in the light frame of the car that weighs just 950Kg Kerb means that Maruti has got its hot-hatch basics absolutely right on this one.

The car is capable of doing 0-100kmph in around 12 seconds while going up to a top speed of fairly commendable 190kmph.  As per Maruti, the Baleno RS makes 20% more power and 30% more torque as compared to the 1.2 liter petrol engine being offered on the standard Baleno. If that’s not all, the turbo-charged three cylinder 998cc powerplant also lets Baleno

RS to return a fuel efficiency of 21.4kmpl making it as frugal as the bigger 1.2 unit. To keep the enthusiasts happy, there is only a 5 speed manual gearbox on offer o the Baleno RS, however, we would have loved a 6-Speed manual more. 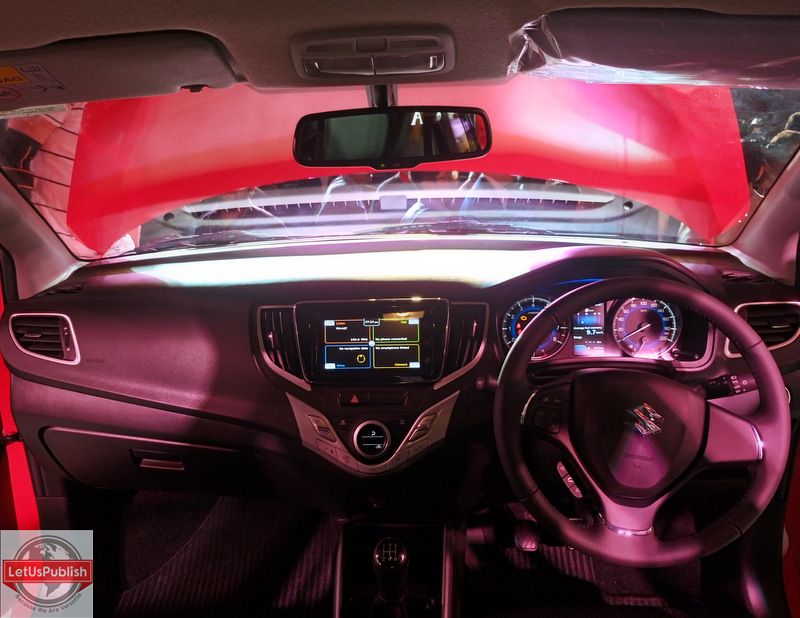 The Baleno RS is capable of doing all this because of the design of its engine. The aluminium three cylinder engine uses a direct injection turbocharger that improves the engines fuel combustion efficiency significantly thereby offering a boost in power and performance figures while also helping the efficiency to increase as well.

The turbocharger being used in the Baleno RS engine is a fixed geometry turbocharger which helps in pumping the power of the engine up by using the air flow through the controlled waste gate valve. 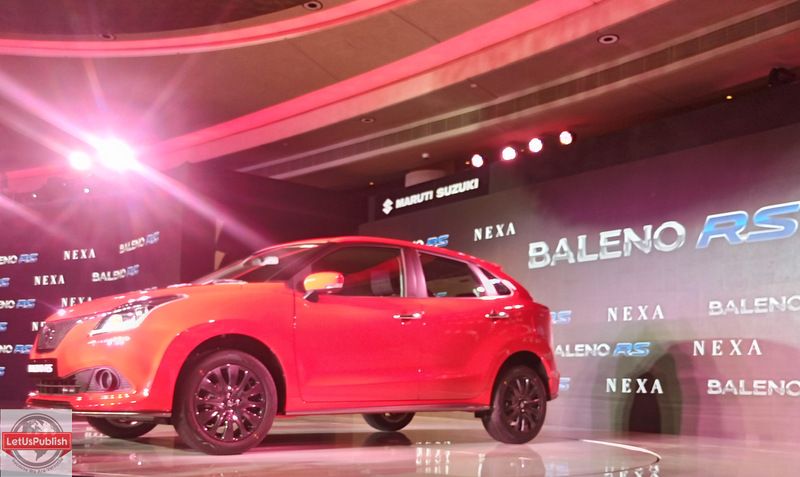 To further enhance the tech behind the wonderful turbocharged three cylinder unit on the Baleno RS, Suzuki has specifically designed the compact turbocharger so that it can be directly integrated with the cylinder head. This sort of arrangement negates any lag in power delivery which is a known issue with turbochargers.

Suzuki also the designed the exhaust manifold that controls the air flow and it has been integrated with cylinder head casting for minimal mechanical loss for production power from the turbocharger.

Enough with the tech deep dive now, the Maruti Baleno RS also arrive with an improved safety net. The car gets disc brakes all around as against the front discs and rear drums of the standard car. This means that except for the brilliant Fiat Punta Abarth, the Baleno RS is now the only hatchback in the country to have all disc brake setup on offer. Further you also get ABS and dual airbags are part of the standard equipment from the base variant of the Baleno itself.

On the design front, the Maruti Baleno RS gets subtle touches to differentiate it from the standard car. The car has unique front and rear bumpers along with small side skirts. What we do like is the black shade for the alloys, however to design could have been sportier as far as we are concerned. However, the front mesh grill does look good and serves as a major differentiator from the standard Baleno.

Maruti lately has been upping its feature listing game and we are all in for that. The new Baleno RS also gets some nifty features to go with its new age engine design. The special Baleno RS can be had only in a single variant which arrives with all the bells and whistles from Maruti stable.

The Baleno RS has a similar listing as that of the standard cars, Alpha trim, this means the car gets bi-xenon projector headlamps, auto headlamps and wipers, touchscreen infotainment system with navigation, auto-dimming inside rear view mirror, keyless entry and go, reverse camera and parking sensors, and electronically adjustable and folding outside rear view mirrors.

With a great engine promising unseen performance for a Maruti hatch and a deep feature and safety listing, we kinda like the pricing of the car. We reckon, at INR 8.69 Lakhs ex-showroom, Delhi, the Baleno RS is real value for money, especially with such performance on offer. With its new age turbocharged petrol, the Baleno RS is in special and a small company as it rivals the likes of the Polo GT TSI, priced at Rs 9.11 lakh, and the Punto Abarth, priced at Rs 9.90 lakh. 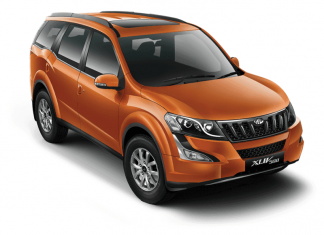