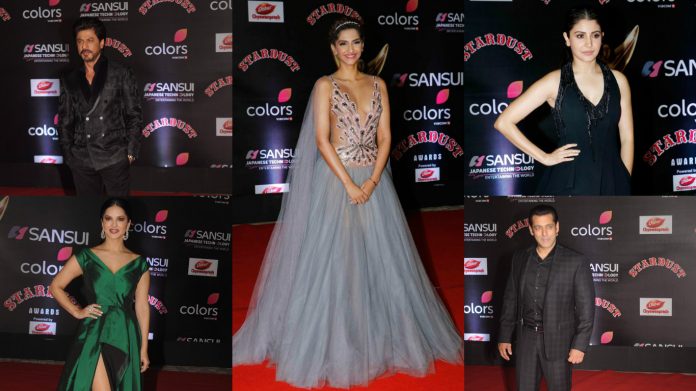 As the year 2016 comes to an end, it is the beginning of the appreciation and accolades. And it all started with the biggest award functions of the Bollywood, the Stardust Awards 2016. It was one of the biggest nights and of course, the red carpet was swarmed with stars in glitzy attires.

We loved the way celebrities had put their best foot forward and looked celestial. From Sonam Kapoor to Amitabh Bachchan every celebrity made a powerful mark on the red carpet and we bet when you read further you will be awestruck with their sartorial choices. 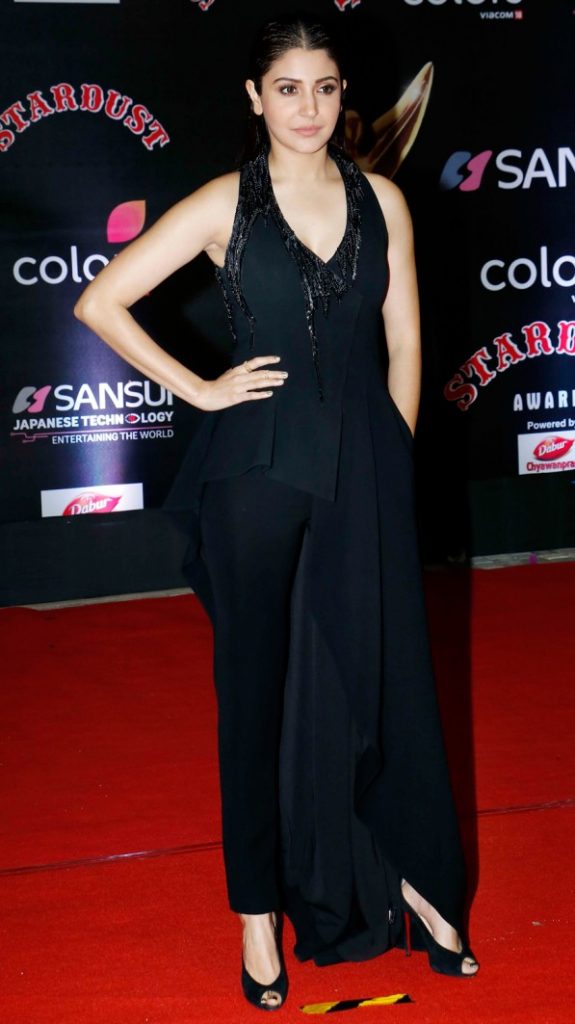 It was the biggest night for the ace actress Anushka Sharma. She was spotted in a sexy outfit by Gaurav Gupta that screamed of bossy and hot look. We loved her soft makeup and sleek black hair and everything about her was fabulous. We congratulate Anushka Sharma on winning the Best Actor Female Award for both Sultan and Ae Dil Hai Mushkil! 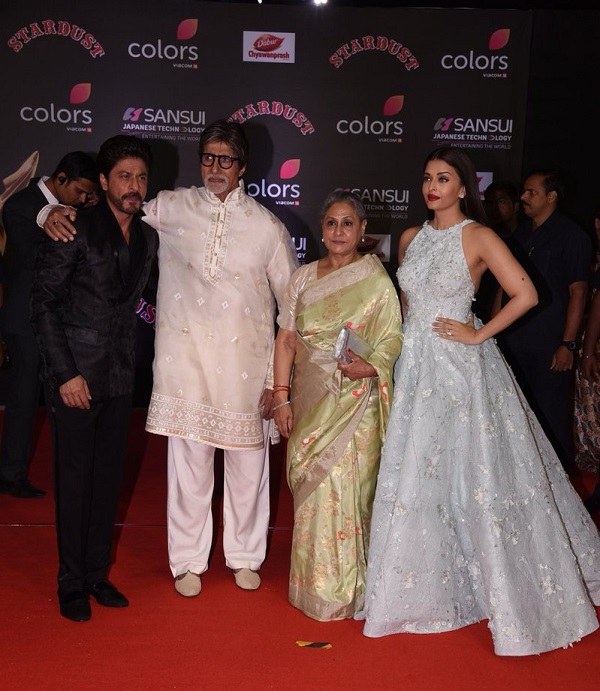 The legend of Bollywood, Amitabh Bachchan wore a traditional white kurta pyjama and looked dashing as always. He won the Best Actor Award for Pink.

She looked spellbound for the Stardust Awards and we just can’t take our eyes off her. Her stunning off-white ball gown by Rami Kadi made her look like a queen and we loved her makeup too. She won the Performer of the Year for Sarabjit. 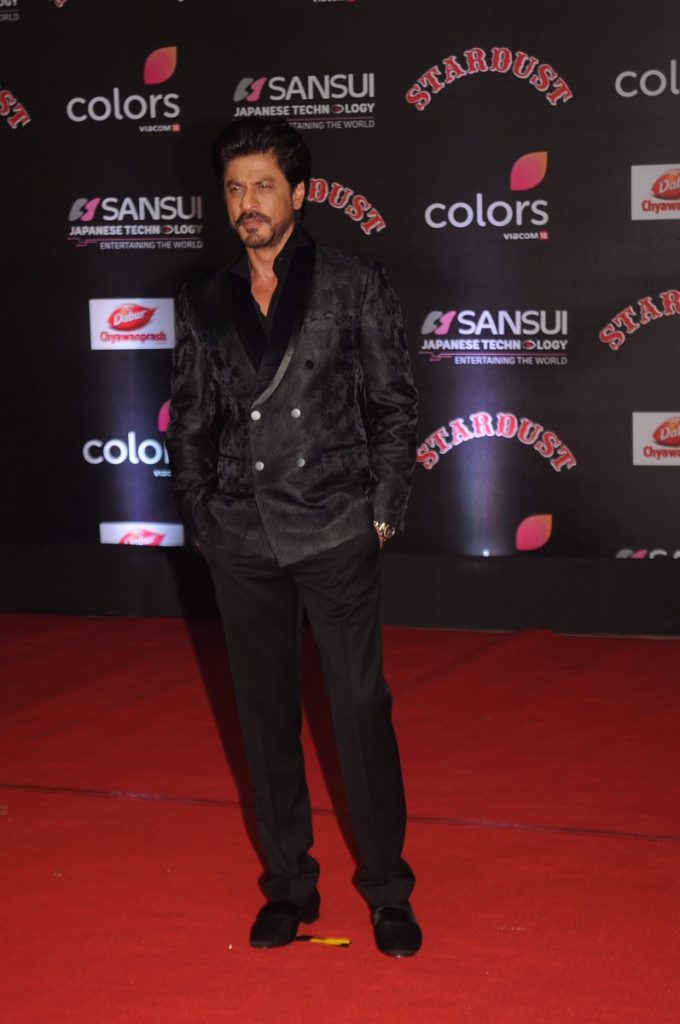 King Khan ruled the red carpet like a boss and definitely added a glam factor to the night. His custom made suit reflected the dapper look and we loved the way he carried himself. He was awarded the Best Actor Male Award (Editors Choice) for his performance in Fan. 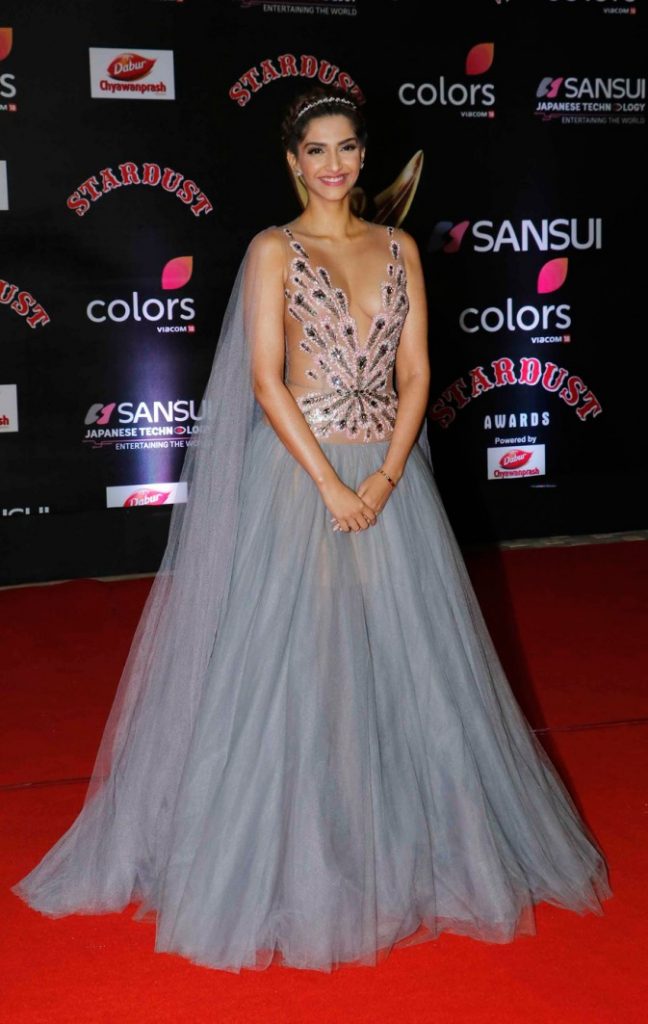 We guess we can write a complete blog on how fabulous and out of the world Sonam Kapoor looked. Her gown by Yanina brought Disney princess vibes and from her makeup to her jewelry, everything flattered her gorgeous gown. Her jewelry was from Minawala jewelers. She won Best Actor Female (Editor’s Choice) Award. 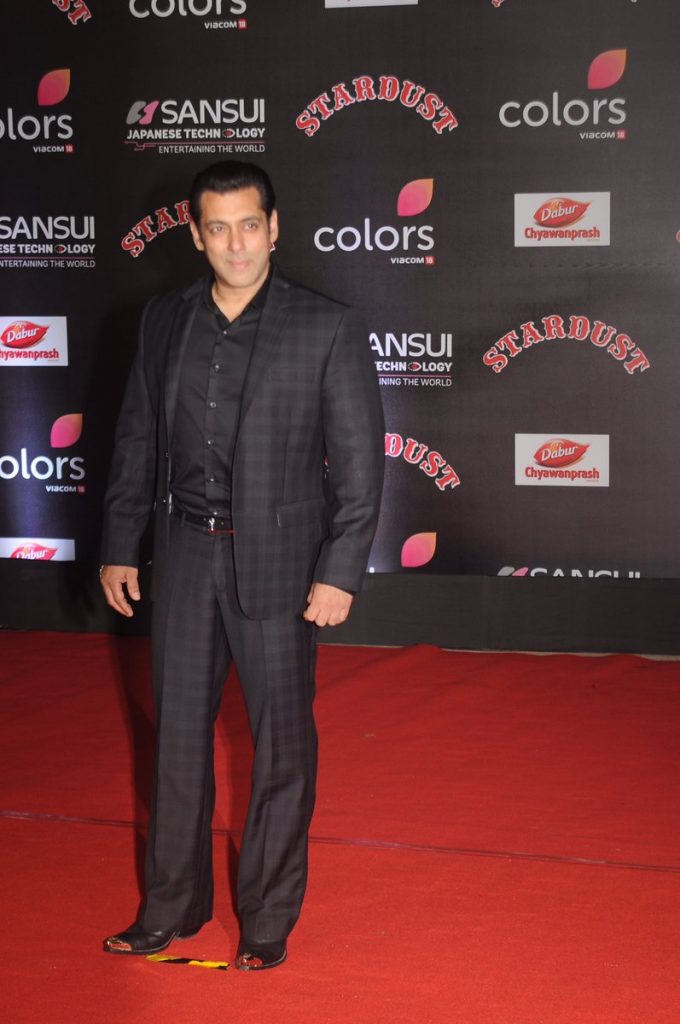 The hot and dashing actor, Salman Khan brought fire on the red carpet by wearing an all black suit. What we loved was the touch of bling on his shoes that stole the show. His film Sultan was awarded the Best Film of The Year. 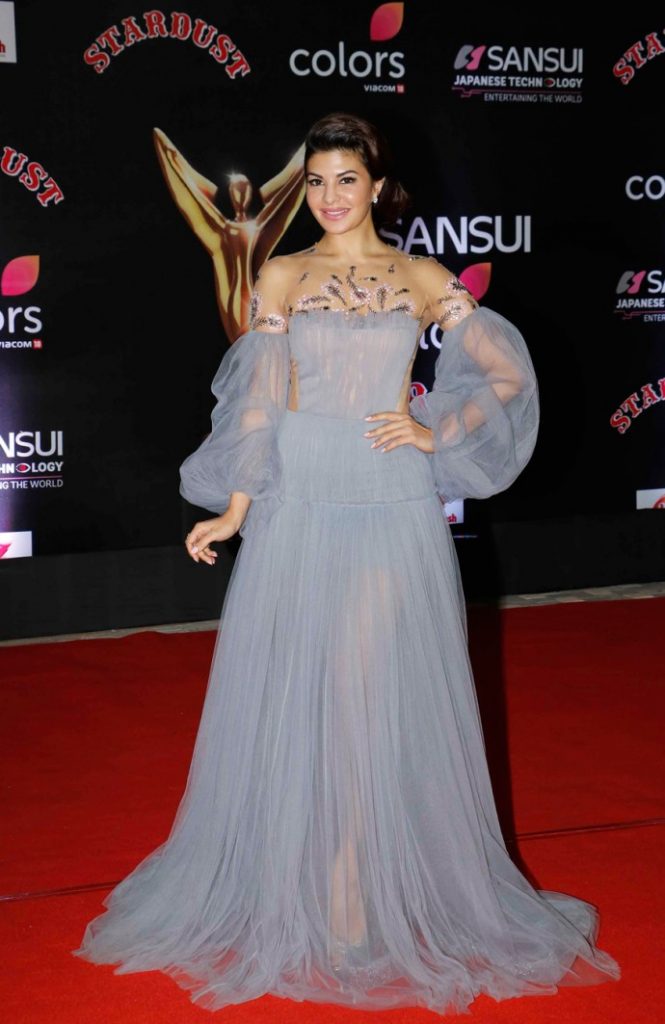 Guess the ladies of Bollywood wanted to bring Princess vibes on the Stardust red carpet and it was magical when Jacqueline appeared on the red carpet. She wore a pastel gown by Yanina and we loved her sleeves. She wore metallic shoes by Jimmy Choo and was the stunner of the night. 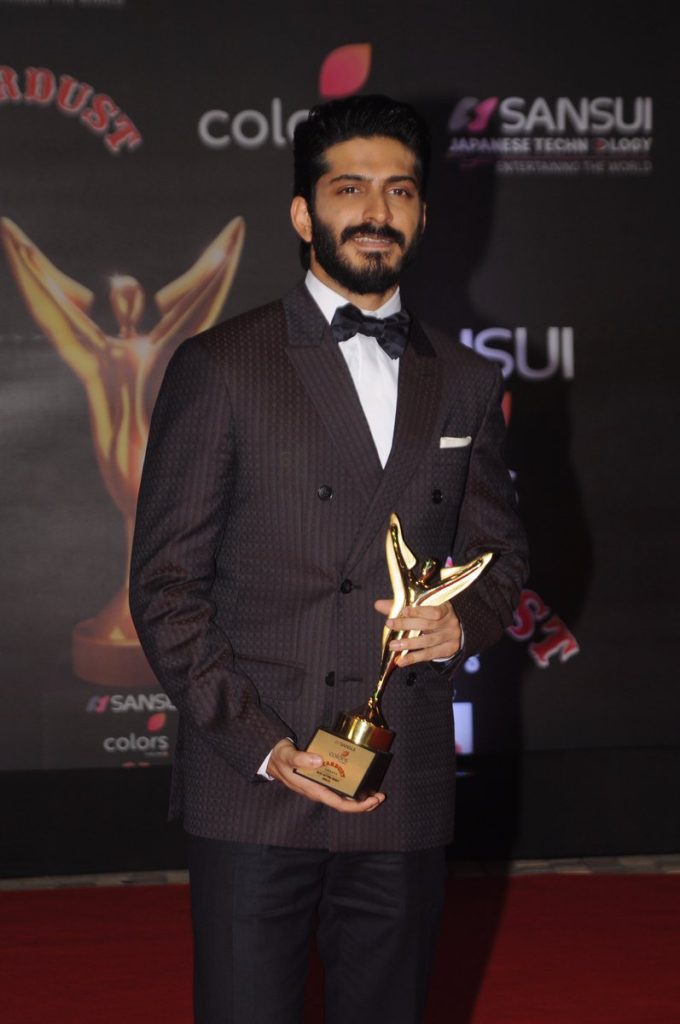 Anil Kapoor’s son Harshvardhan Kapoor looked dashing in his outfit. The blazer was from Zegna and trousers were from Tommy Hilfiger. He won the Best Debut Award Male. 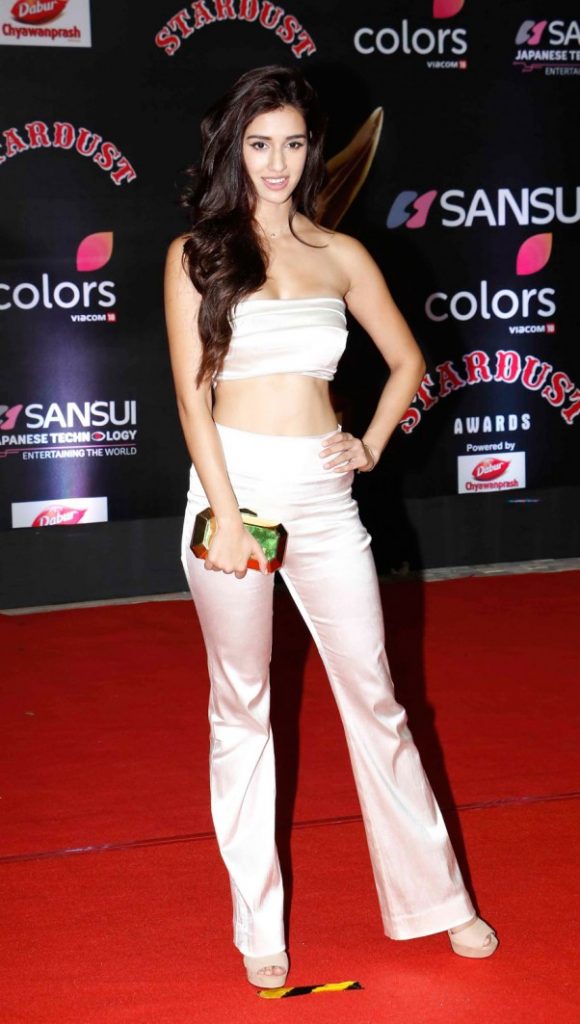 The promising newcomer of Bollywood, Disha Patani who is the current favorite of all brought retro vibes in her satin outfit. The crop top and boot-cut pants gave major party vibes and we loved the way she flaunted her toned midriff. She won the Best Debut Award Female. 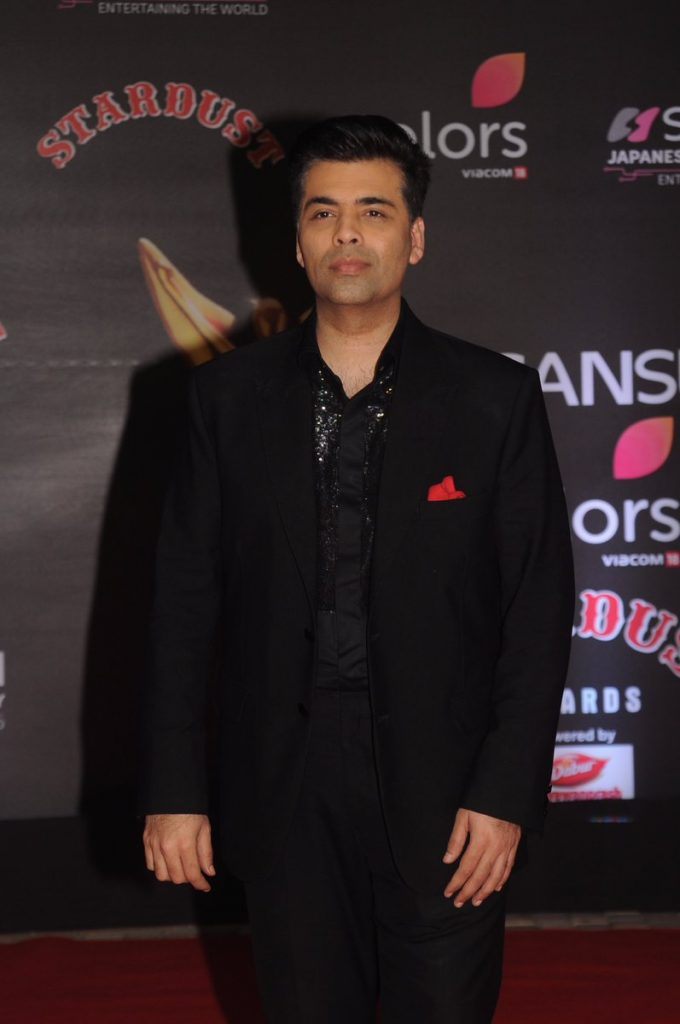 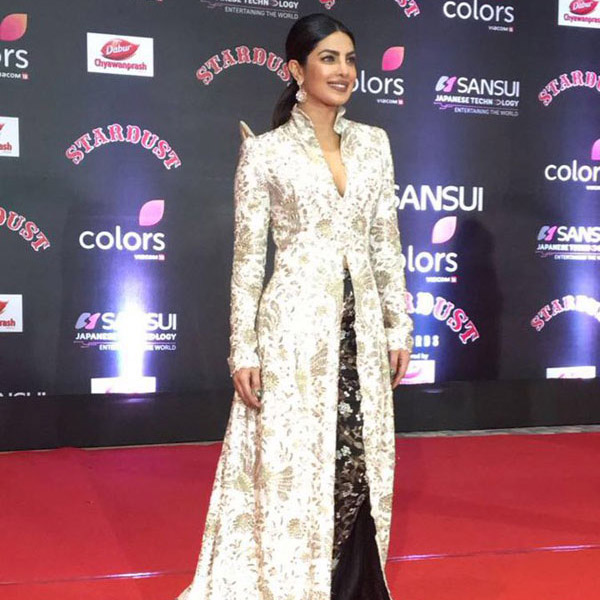 We don’t know how she does it all! She was shooting for Quantico and now she is here in Mumbai attending the awards show. Priyanka Chopra is magical and she looked gorgeous in the Anamika Khanna outfit. We didn’t really like her bottoms, but the structured long jacket looked great on her. She won the Global Icon Award and she truly deserves it. 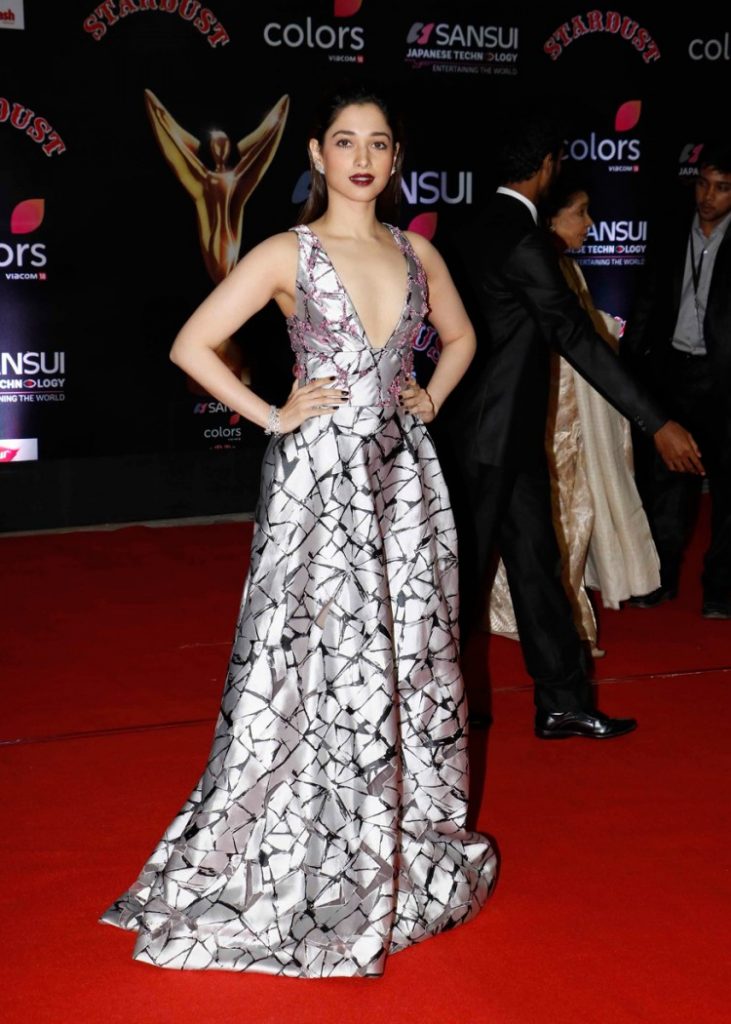 Tamannah wore a deep plunging neckline gown by Peter Langer and guess it was her bold makeup that stole the show. We love her deep red wine lipstick and found her too hot for the red carpet. 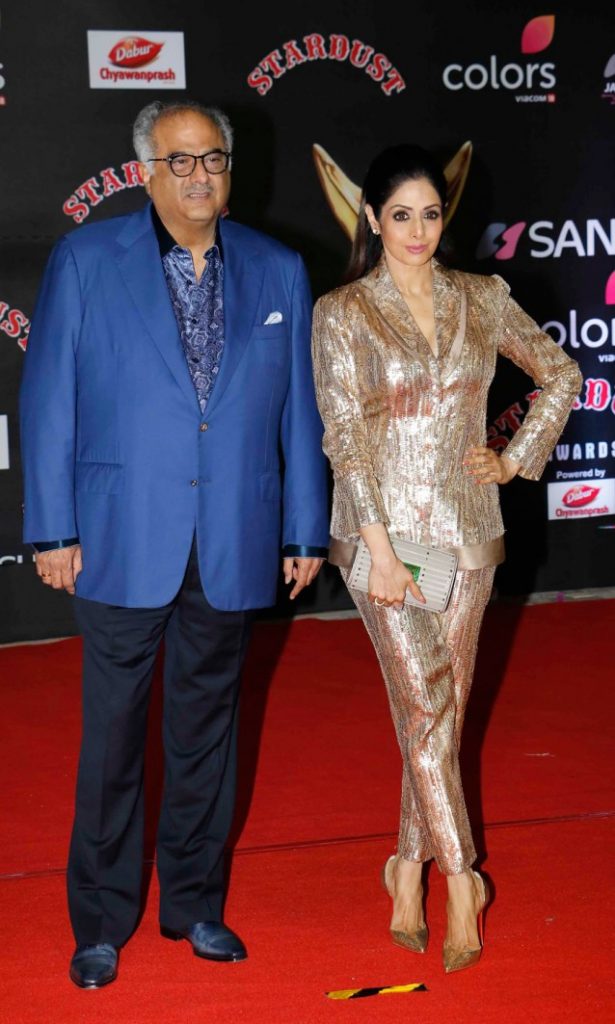 The queen of yesteryears slayed in a metallic pantsuit by Manish Malhotra and does she even look like a mother of two? Hot lady! 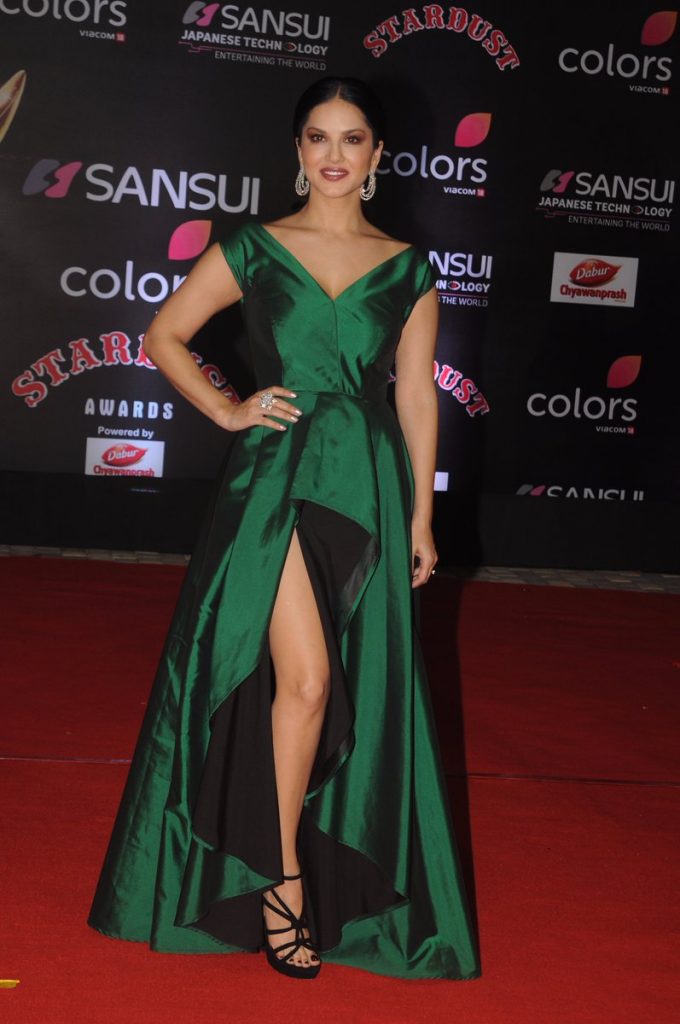 The hot bomb of Bollywood, Sunny Leone wore Rozina Vishram outfit and she looked gorgeous as always. The thigh slit gown brought an oomph factor and she was worth drooling at. 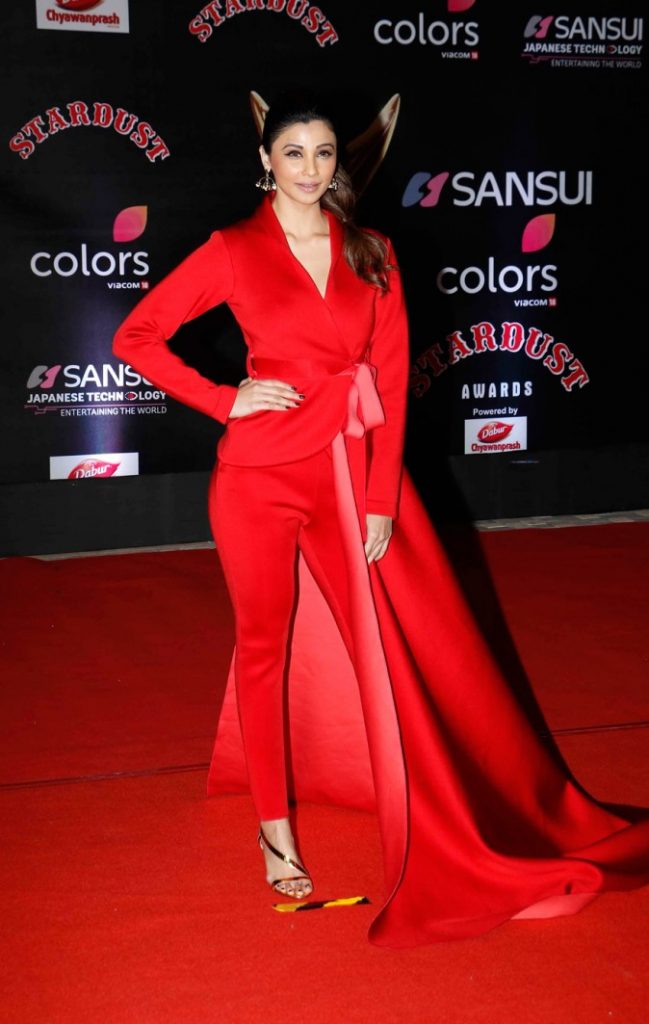 Daisy Shah wore a Label D outfit and we found her smoking hot. The bold red shade attire added a wow element to the red carpet and do check out her lovely earrings from House of Shikha, we loved it.

The Stardust Awards 2016 were a glitzy affair and we loved the way stars rocked in their outfit. Which of these is your favorite look? Share in the comments below.

Stories you will love to read –

How To Get Pink Lips By Home Remedies 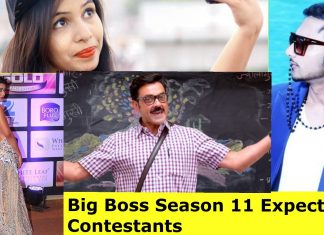 January 30, 2020
We all know popularity of Indian tv show Bigg Boss. Every season of bigg boss is super lucrative for Colors tv channel and a...